I was leading worship years ago the day the church had a guest speaker I highly respected.

When I lead worship, most of the time my eyes are closed. So I didn’t see the speaker come on the stage and stand next to me. He gently touched my arm. He had a microphone and looked like he wanted to share. I brought the song to a close. At I thought he would have a word from God for the church, but as he spoke I realized he was talking to me.

“I would like you to take your guitar and step down off the stage,” he said kindly. As I did this, he continued. “Now turn your back to the church, face the front.” I complied. “Now worship.” I looked at him, a little confused. He smiled reassuringly and said, “Pretend we aren’t here. Worship the way you do when you are at home by yourself.”

“You can only take people where you have already been. If you go first, you will stir those around you to hunger for a greater revelation of God.”

I began to play. At first, I was a little uncomfortable, I could feel the people looking, waiting. I pressed through. I began to praise God in song while playing a random chord progression. I praised Him for His goodness; I thanked Him for His love and for my wife and my new baby girl. At some point, I actually forgot about the two hundred people behind me. Just like when I am alone in my living room, God’s presence became real to me. I worshiped this way for about ten minutes. I forgot the people; it was just God and me. I started to sing a song, “I am standing in Your presence on holy ground.”

As I began to sing this song, the band, still onstage, joined in. Then the two hundred people behind me joined in. That song led to another and another until we had worshiped forty minutes or so. It was a sweet time, one of my fondest worship memories to date.

“Every one of us has a promise that is way bigger than we can imagine. This promise is birthed in the heart of God and is encountered in His presence.”

When we finally came to a resting spot, the speaker was back on stage. He looked directly at me and said, “You can only take people where you have already been. If you go first, you will stir those around you to hunger for a greater revelation of God.” A greater love encounter. “You must be practiced in His presence.”

Every one of us has a promise that is way bigger than we can imagine. It’s a promise that isn’t just for us but for the world we live in. This promise isn’t found on a stage, it’s not about a title; our promise is birthed in the heart of God and is encountered in His presence.

God is looking for men and women who are not worried about being on a stage—those who aren’t seeking titles but instead are seeking His presence. We can’t take people where we haven’t been. We can’t give what we don’t have.

We must be practiced in His presence. We must know how to worship when no one is looking so we can worship where everyone can see.

“For David, it was never about a stage, it was about the presence, and because of that, he was a king long before he wore the crown.”

For David, it was never about a stage, it was about the presence, and because of that, he was a king long before he wore the crown.

But once Paul has done his absolute best to measure the love of God, he shifts into the language of heaven. In the next Paul expands our revelation.

“Now to him who is able to do immeasurably more than all we ask or imagine, according to his power that is at work within us…” (Ephesians 3:17-20)

Paul essentially says, “I want you to be filled to the full measure of the immeasurable.” And just in case we might be tempted to apply measurements to the “immeasurable” Paul added, “beyond” and “all” as if to say, “Stop it, you can’t measure Love, He is bigger than the future”!

Measurements are something that makes perfect sense on earth but are a foreign concept in heaven. Heaven sits outside of time, it is infinite and operates in an economy of a love that is bigger than the future. I believe this scripture is an invitation to move from the measurable reality of earth to the immeasurable revelation of heaven.

“Jesus never lived for the immeasurable, He lived from it.”

And I would like to suggest that’s why Jesus came. Jesus didn’t live simply to reveal a destination, He showed us the foundation – our Fathers perfect love.

Jesus never lived for the immeasurable, He lived from it. Jesus demonstrated what a “bigger than the future” love could look like. And He invited us to know and live it as He did. Immeasurable was never meant to be simply a description of the destination; it’s always been His heart that it would be our foundation.

Kingdom come… bigger than the future. 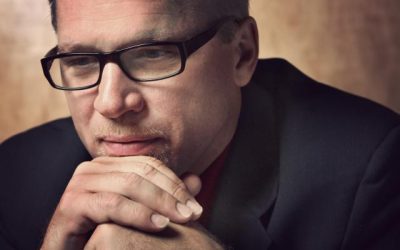 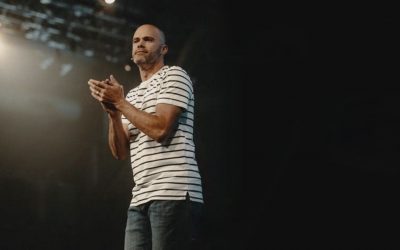 DANIEL GROTHE / THE POWER OF PLACE

Daniel Grothe and the guys discuss his new book, The Power of Place, which speaks the sense of loneliness that many feel in today’s age of hypermobility and noncommittal wandering, reminding us of the ancient vow of stability and teaching us how we can lead a richer life of friendship, community, and purpose.

They also touch on the deconstruction movement within the church, how authoritarian leadership has wounded and undermined trust, and how healing and connection are available only where we practice the long game of family. 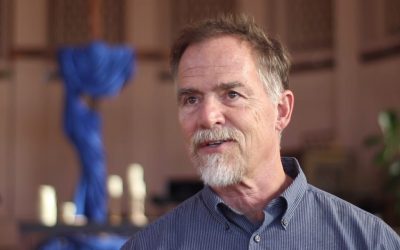 PETER HIETT / WHAT ABOUT HELL?

The goodness of God but hell, atonement but hell, reformation but hell, scripture but hell, Calvinism but hell; in this podcast Peter Hiett describes hell as “Satan’s big but.” In this conversation Peter walks us through the story of our own creation, the goodness of God’s reconciling love, the relational kindness of a God who encounters, sets free and transforms.

Peter describes a God who delights in His creation, a God who destroys what is evil, creates what is good, and invites us to observe our own creation in Christ Jesus.