I was hanging out with a friend the other day.

He is in his mid-sixties. He is coming into such a wonderful revelation regarding our Fathers love. Though he has lived much of his life laboring for the harsh master who goes by the name religion, he is beginning to discover an always good and loving Father. This beautiful revelation has entered his life in the form of Grace.

For twenty minutes he spoke excitedly about how miraculously astonishing Grace is. As he talked, I whole-heartedly encouraged and agreed with him. When he told me about the incredible freedom he was discovering through Grace, I laughed with him, reveling in the wonder. When he described how Grace was empowering him to live free from sins that had haunted him his whole life, I grinned and nodded my head and said, “Grace is good like that!”

He was well into praising how Grace was changing the way he saw people when it happened. Suddenly, while describing the most beautiful revelation, and then at absolute odds with what he had been sharing, like a fist to the jaw, he got religious…

In mid-sentence, speaking with more passion and freedom than I had encountered in my 18 years of knowing the man, he blurted, “But I know you can abuse grace.”

I get it, Grace can feel like a scary thing, especially when you have labored under religion, especially when no one balances it. You see, I had been agreeing with him without reservation and it was too good, almost dangerously so. The ugly religion muscle spasm-ed. I could almost hear it screaming inside his head “you’ve gone too far!”

This grace thing was starting to sound too good to be true.

And so he balanced it.

It’s not his fault. It’s what he’s been taught by those who have fear for the world we live in revelation of the kingdom of heaven. It’s the natural response of those who have a greater focus on sin then the completed work of the cross and the power of His resurrection.

Those that teach us that we can abuse grace don’t fully know Grace. That teaching looks at Grace through the reality of need. This teaching dumbs Grace down to a commodity to be traded for freedom, or forgiveness, or favor.

“Those that teach us that we can abuse grace don’t fully know Grace.”

When life’s needs become bigger than the perfection of His love when sin is more powerful than His resurrection, Grace has to be balanced and when Grace is balanced it becomes nothing more than a cheap parlor trick – empty rhetoric.

Balanced grace is a lie that enslaves us to live in the reality of our need instead of a revelation of Love. A balanced grace is simply another form of control. If Grace can be balanced, its power is neutered. And a powerless grace is greater than no grace at all.

Grace won’t be balanced! He is too perfect, too whole, too free, too just, too pure, too kind, too strong, too wild, too holy…

Grace won’t be belittled, Grace can’t ever go bad or run out, He is the good news – always.

After my friend’s the car got quiet. For just a moment we teetered on the brink of a faith crisis. But Grace would have none of it. Right there on the verge of hopelessness, I told my friend the beautiful truth I am always growing in,  “You can’t abuse Grace and you can’t balance it!”

“Grace is unmerited favor. We can’t do anything to earn it and therefore it can’t be abused. Grace can’t ever go bad or run out, He is the good news – always.”

I went on to tell him that Grace isn’t too good to be true, just the opposite, it’s too good not to be true. Grace is unmerited favor. We can’t do anything to earn it and therefore it can’t be abused. It’s a gift from our Father through Jesus. It’s one of the most beautiful expressions of His always-good love for us.

As I was sharing about Grace my heavenly Father spoke to my heart. In the middle of a sentence, I heard Him say “Jason, tell him how I see him.” It was a brilliant thing for my Father to say and I was overwhelmed by what it meant. I began to laugh. You see, Grace is available when we see ourselves through our Father’s eyes.

So I began to tell my friend how the Father saw him. I began to express to him how he was a son, a man after Gods own heart, an extension of the Kingdom of heaven. And as I shared the truth about how our Father saw him, Grace took over, and the dark clouds of religious oppression dispersed and my friend was empowered and transformed. Why? Because that’s what a pure and unbalanced Grace does.

“Grace reveals our true identity! When we can see ourselves from our Fathers perspective, we are empowered to become how He sees us.”

Grace reveals our true identity! When we can see ourselves in Christ, from our Fathers perspective, we are empowered to become how He sees us. Grace is the gift given that we might live as saints of the Highest One. Grace transforms us until we are living in the wonder of our identity as His kids.

I pray you His Grace today in new ways! 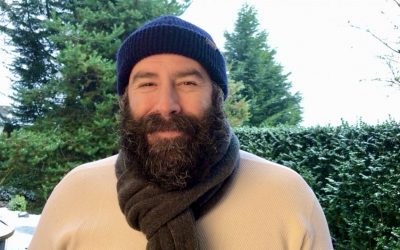 John Crowder pulls from the different streams of the church to talk about Christilogical Trinitarian theology, grace, union, contemplative practice, intimacy, and mystical Christianity. John and Jason dive into the Cross, Western atonement theories, and the religious industry built upon separation; how Jesus is healing the human race. John describes a relationship with a person, Christ. He invites us to embrace mystery so we might discover that God looks like Jesus. 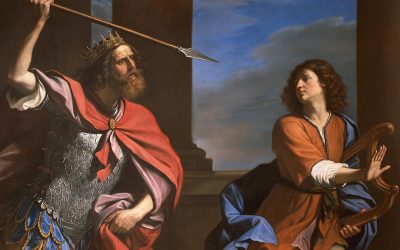 An Authoritarian In Pastor’s Clothing

Blind trust is a fool’s game. A person’s title doesn’t infer character, or integrity, and has nothing to do with kindness. And honor and trust aren’t the same things. 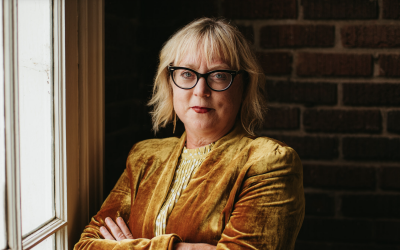 Karen Swallow Prior is a Reader, Writer, and Professor. In that order, which was discussed in this conversation along with the power of language, the Word becoming flesh, the connection of imagination with logic and reason, empathy, trauma, the theodicy of Mary Shelley’s Frankenstein, and love being the center of our conversations. Karen also shares about getting hit by a literal bus and how she grew in her understanding that her life is in God’s hands.