I came to know the Lord in January, 1994 after speaking to a youth leader on the phone and telling him that I wanted to know how I can know that I am, “right with God”. After he shared the gospel with me, I put my faith in Jesus and started my journey of relationship with Him. I was sixteen years old, and I became part of a Vineyard Church.

The month that I became born again was the same month that something extraordinary happened in Toronto, Canada. A pastor named, Randy Clark went to a Vineyard church near the Toronto Airport to speak at a few meetings. I don’t think anyone knew what was about to take place. The presence of the Holy Spirit came into the room so tangiby that some people were not able to stand. Some were overcome with so much joy that they laughed uncontrollably for hours. Some shook violently as though they were being electrocuted. This sparked an outpouring of the Holy Spirit that came to be known as, “The Toronto Outpouring”, “The Toronto Blessing”, or “The Father’s Blessing”.

What was meant to be several nights of meetings turned into weeks, months and then years of God’s people gathering every night of the week except Monday to receive a fresh touch of the Holy Spirit. Crowds grew to hundreds, and then thousands of people from all over the world, hungry for more of God. People with decades of brokenness were set free emotionally and filled with the peace and joy of the Lord. Marriages were restored. Burnt out pastors were strengthened and refreshed. People were set on fire with a new passion for the Lord.

A few months after the outpouring started, my pastor and a group of leaders from my church flew to Toronto to receive whatever God had for them. They came home with stories of how they encountered the love and power of God. As they shared these stories on a Sunday morning, some were overcome by God’s presence and unusual things started to happen. Some fell down laughing. Some where intoxicated by the Spirit of God and could barely speak. The presence of God filled our church and our pastor asked that everyone who wanted a fresh touch from God to come forward for prayer. I was one of the first ones to the front of the church. As someone from the prayer team gently touched me, the presence of God came over me and somebody standing behind me caught me as I fell to the floor. This was the beginning of night after night of “renewal meetings”. We would gather to worship, be encouraged and receive more of the Holy Spirit. To this day, I can show you spot after spot in that church building where I had life changing encounters with Jesus. Not only did this outpouring have a dramatic impact on our church on the east coast of Canada, but it also impacted thousands of churches all over the world. Churches and ministries such as Bethel, Redding, Iris Ministries (Heidi Baker) and Holy Trinity Brompton in the UK were radically touched and impacted by this historical move of God.

I am not oblivious to the fact that, The Toronto Blessing came with it’s share of criticism and controversy. But, so has every revival or move of God in history, including the outpouring of the Holy Spirit on the Day of Pentecost (see Acts 2). The truth is, the outpouring in the mid 90’s is still bearing fruit all over the word. And, just like other moves of God, there are things we can learn from it. Here are five things that I learned from, The Toronto Blessing:

What many people don’t know, is that prior to the outpouring in 1994 John and Carol Arnott, at the time Sr. Pastors of The Toronto Airport Vineyard Church were spending every morning in prayer, asking God for a visitation of the Holy Spirit. And, Randy Clark, who was used by God as a catalyst for the outpouring was visiting various places around the world where God’s Spirit was moving. Many others were seeking God, asking Him to do something extraordinary in and through them.

James 4:8 says, “draw near to God, and He will draw near to you”. Some people ask, “is the Kingdom of God about God seeking us, or us seeking God?” I believe the answer is,”yes”. It is both. Like any relationship, our relationship with God goes both ways. We can move God’s heart. And, He responds when we draw near to Him.

During the outpouring at my home church, our pastor told us that we can encounter God at home the same way that we encounter Him at church. I got excited! I was a fairly new believer, so I just did what we did at the renewal meetings we were having. I would play worship music in my bedroom, and while standing I would hold out my hands as though I was going to receive a touch from Heaven. There was no prayer team, so I would put one hand on my head and say, “come Holy Spirit”. And, I believed He would. He did. The presence of God would come upon, and I would fall over. I thought, “I guess I’m the catcher too!” and would put one hand behind me to let myself down. Then, I would lay on the floor, sometimes for hours while God’s presence washed over me and filled me afresh.

3. God wants to move on His terms, not ours.

Many people say they want revival, but what they really mean is, “I want God to move the way that I want Him to move, in a way that I think is best and in a way that I am comfortable with”. Of course, no one actually says this, but if we are honest many of us think that way, at least subconsciously. The Holy Spirit is called, The Comforter, but He’s not afraid to make us uncomfortable. A key to making room for God to move is allowing Him to move on His terms, not ours. Some people quote, “all things must be done decently and in order” (first Corinthians 14:40). This is true, but who’s version of, “decently and in order” are we going for? Cemeteries are pretty orderly, but there isn’t much life there.
Of course, we need to judge spiritual manifestations by their fruit. But, just because something makes us feel uncomfortable, or just because we have not seen God move in a certain way before, it doesn’t mean it’s not Him moving. He’s God, and we need to be careful not to put Him in a box.

4. We need to have more faith in God’s ability to bless and protect us than we do in the devil’s ability to deceive us.

In Luke 11:11-13 Jesus told His disciples that if they ask for the Holy Spirit, that’s what the Father will give them. Unfortunately, some people have too big of a devil and too small of a God. Fear is faith in the wrong thing. Do we have more faith in God’s nature – that He’s a really good Father Who wants to bless and love on His children, or in the devil’s ability to deceive us? If we shrink back from encountering God’s presence out of a fear of deception, we are already deceived.

5. The Father Wants to Have Fun With His Kids!

One of the things that happened during the outpouring, is people were filled with so much joy that at times they laughed uncontrollably until their stomach hurt! (including me). This shouldn’t surprise us since the Bible tells us that, “In His presence is fullness of joy. At His right hand are pleasures forever more” (Psalm 16:11). Something tells me that, “fullness of joy” means more than a half grin once in a while. Romans 14:17 tells us that the Kingdom of God consists of, “righteousness, peace and joy”. That means that joy is one third of the Kingdom of God! God likes it when His kids are happy.

In Acts 2 we read that when the Holy Spirit was poured out upon the believers, the religious community accused them of being drunk on wine (see Acts 2:13). The only explanation for this is that they were so filled with joyful bliss that it was though they were intoxicated by presence of God! Perhaps that’s why Paul said, “don’t be drunk with wine, which leads to debauchery, but be filled with the Holy Spirit” (Ephesians 5:18). Being drunk on alcohol is a cheep substitute for the joy of the Lord. Maybe God wants His kids to be so free and happy, that the gospel becomes attractive to people.

There have been many amazing moves of God throughout history. I think we should celebrate them, honor them, and be hungry for more. I believe that the best is yet to come; that the Father is saving the, “best wine” for last. May we be a people who ask for and welcome another move of the Holy Spirit. Don’t put God in a box. Let Him be God. Let Him move how He wants to move.

“Aslan is a lion- the Lion, the great Lion.” “Ooh” said Susan. “I’d thought he was a man. Is he-quite safe? I shall feel rather nervous about meeting a lion”…”Safe?” said Mr Beaver …”Who said anything about safe? ‘Course he isn’t safe. But he’s good. He’s the King, I tell you”. (C.S. Lewis, The Lion, the Witch, and the Wardrobe) 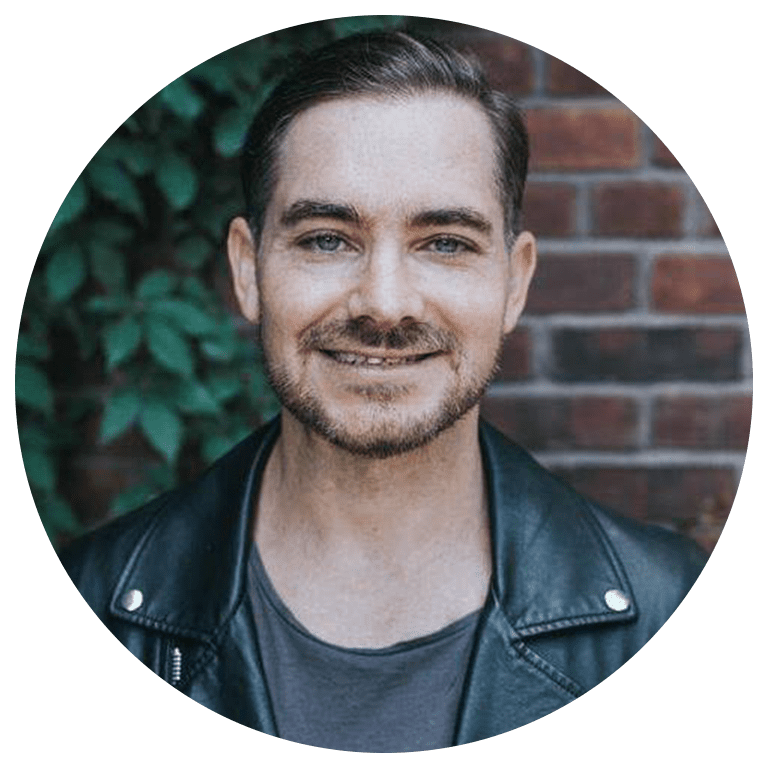 Chuck and Anna Maher are graduates of Bethel School of Supernatural Ministry in Redding, CA. They are happily married and currently live in San Antonio, TX where they serve on the pastoral team at Kingdom Life SA. They are commissioned by Bethel Church as “sent ones” and continue their relationship with the leaders at Bethel, Redding.

Chuck and Anna travel in the USA and beyond, equiping the Saints to live a supernatural lifestyle. Their heart is to see the people of God walk in their identity as sons and daughters, and bringing tansformation to people, cities and regions. They teach on topics such as hope, healing, the goodness of God, the Father’s love and living a supernatural lifestyle. Anna recently released her first book, Embracing Myster: A 21 Day Journey of Hope.

I am not the systematic theologian with letters in front of his name. I am a relational theologian; a son, a husband, a father, a brother, a friend – I am loved and I love. I’m not interested in debate but I aspire to...
Read More

Introducing Children to the Father

I prayed. “Father, come make your love known.” Immediately our Father, Ethan’s and mine, filled the room with His love. It’s hard to explain but let me try. For the next ten minutes, while I lay there and held Ethan, my body trembled with God’s presence. I literally shook with His love.

Grand Central Station. Spring, 1993. Late afternoon. “I’m here,” I thought.“Don’t look up and don’t let go of your bag,” raced through my head.

The Glory of God… Without Lifting A Finger

The romance is in the truth that God always loved me, before my co-operation or obedience. Long before I put my trust in Him, He was passionately in love with me. I have always been the apple of His eye! “I was in Him before I was in Adam!” And the incarnate Christ redeemed the glory that I already was!

What You Believe About God

When we see our Father and become sure in His love, all impossibilities become possibilities—it’s called heaven on earth.