You Think You're Better Than God?

I could barely squeeze the words out; I was so astonished by them. But our Father had outmaneuvered me and I could no longer un-see what my thoughts and actions pointed towards. It was too late to hide them behind a theology that knew better. I groaned in disbelief, not at Him but at me.

I was several weeks into a series of teachings on Luke chapter 15 at my church. Three of the stories of Jesus: “The Lost Sheep,” “The Lost Coin,” and the exceptionally poorly titled “Prodigal Son.” I was trying to look at that last story, the greatest short story ever told, from as many different angles as possible. So, I tried to step back from everything I already knew about it and just describe each of the main characters.

As I read through the text yet again, I began to form a description of the infamous younger son: selfish, rude, spoiled brat, wasteful, self-centered, desperate, hungry, calculated, scheming…

Wait did I just describe God, the Father as “incredibly generous – even indulgent?”

No, actually, Jesus did!

I could feel the theological police in my mind springing into action to take that thought captive. I mean, seriously… “indulgent” is a bad word where I come from. It is a word we use to describe the person who enables all kinds of bad behaviors in others, or the one who indulges him- or herself in ways they shouldn’t. After all, isn’t one fruits of the Spirit, self-control?

I was tempted to cooperate with those theological police, and help them lock that thought up in some dark corner of my mind and throw away the key. But I couldn’t. I was too curious. After all, this is the story where Jesus describes His Dad in more detail than any other. This is where He shows us what “Abba” is really like.

I ventured a little farther along the path.

I started to consider how I related to Him compared to how I relate to my own children. I expected God to provide for me, IF…

If I asked in just the right way. (I’ve read those books on prayer that give me 12 steps to get my prayers answered, as long as I do them in the right order…) And, if, and this is a big IF, if I really needed whatever it was, which of course, most of the time I didn’t.

That was when it hit. “I think I am better than God!”

The next thoughts came swiftly, “For crying out loud, you are a pastor, you have been teaching the Bible for decades, you should know better…” My head did, but my heart was unconvinced.

As depressing as it was, what else could it mean, when I expect more of me than I do of Him?

That was the first time, but not the last time, I had that disturbing thought, that rude awakening.

Since then, I have noticed it in other areas besides provision, like when I beg God to heal someone, as if, my pleading needs to overcome His reluctance (A.K.A. “I’m more compassionate than Him”).

I could go on, but I think you get my point: My thoughts and my behaviors betray the fact that I think I am better than God.

The sad part is, you probably do too, and now, you won’t be able to un-see it either.

You can thank me later!

He’s better than we ever dared to imagine.

Papa, show us how good You really are! 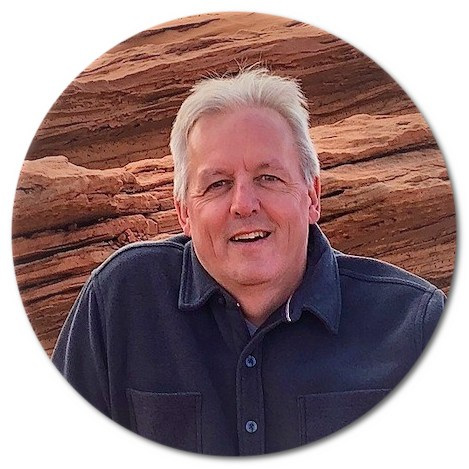 Pete Scheller is the pastor of Destiny Christian Fellowship in Madison WI. He and his wife, Alison, lead conferences focused on the heart of the Father, the Mind of the Son, and the Power of the Spirit.

In light of the realities so many of us are facing with the measures to address coronavirus, A Family Story is giving my Sovereign Love teaching series–through April–to you for $10. That’s 90% off.

In uncertain times, I want to encourage you to live sure in peace and joy. You are His beloved son or daughter and it’s my heart that you experience lower anxiety and increased confidence, security, and connection in every area of your life.

SOVEREIGN LOVE is a six-session teaching series based on my book, God Is (Not) In Control.

God’s sovereign love is available to you right now. His love is the tangible peace, and hope that will empower you to live secure in every area of life. It’s my desire to guide you into a refreshing encounter with our Father’s love and goodness.