Several years ago my friend, Scott Crowder, told me about the writings of George MacDonald and noted how I sounded a lot like him.

I love and trust Scott, so I paid attention. But I am a slow reader with what feels like a million books I ‘need’ to read, so the name got lost among others. Then, a year ago, we launched our podcast, Rethinking God with Tacos, and barely a week passed without a guest mentioning MacDonald’s writings and the great influence he had on folks like C.S. Lewis, Elizabeth Yates, and even Mark Twain.

One day, out of the blue, our mail lady delivered a gift from my friend Stephen Lum, Creation in Christ, Unspoken Sermons by George MacDonald. This book has become a daily devotional companion. I’ll read scripture, then The Mirror, then three paragraphs or so with George. The reason I only read three paragraphs or so is because the words are so rich and beautifully measureless that I must pause and let Holy Spirit work them into my heart. It has been life-giving.

So when I was recently reintroduced to an old family friend who has been wrestling through the same discoveries George was making 100 years ago, and then taking Georges’ words and putting them into today’s language, I had to introduce you to him and his writings.

Dale Howie is a fellow traveler and the host of Front Porch Theology where he writes about our union and introduces a new generation to the transforming works of George MacDonald.

“We do not appreciate the one who tells us something new as much as the one who puts into words that which we know is true, but have been unable to articulate for ourselves.” (unknown)

This is what Dale has been doing for us and I am grateful for his faithfulness.

This article, Adoption as Transformation, is an introduction to Dale’s writings and Front Porch Theology

You can learn more about Dale and his writings HERE
You can dive into many more articles at www.frontporchtheology.org

Theology Seen Through The Eyes of a Child

In MacDonald’s sermon “Abba, Father!” he defines spiritual adoption as transformation. For him, as it was for St. Paul, adoption was not our familiar western version of taking a non-family member into our family, but an eastern one of a spiritual coming of age, a Jewish bar mitzvah. For us, it is a transformation from within of both an internal and external nature. The inner comes first in the change of mind and heart, “And do not be conformed to this world, but be transformed by the renewing of your mind, so that you may prove what the will of God is, that which is good and acceptable and perfect.” (Romans 12:2 NASB), followed by the outer, the resurrection of our bodies. In both cases, it is the becoming of what we are, our Divine nature from within!

MacDonald, in his novels, takes time to develop his characters reflecting his views of the Kingdom. One such character is Thomas Wingfold in “The Curates Awakening.” Wingfold had chosen to become a clergyman as others would have chosen to be a lawyer. It seemed a suitable profession for him until he was challenged with whether he believed any of what he said or not? Upon later reflection, he realized he did not! A crisis then ensued, much like those of our own transformations or conversions as we call them.

“If we could understand the feelings of a fish of the northern oceans suddenly translated to topical waters swarming with terrifying and threatening forms of life, we would have a fair idea of the mental condition in which Thomas Wingfold now found himself. The spiritual sea in which his being floated had become all at once uncomfortable. A certain intermittent stinging, as if from the flashes of some moral electricity, had begun to pass in various directions through that previously undisturbed mass he called himself, and he felt strangely restless. It never occurred to him – how should it? – that he might have begun undergoing the most marvelous of all possible of changes. For a man to see its result ahead of time or understand what he was passing through would be more strange than if a caterpillar should recognize in the rainbow-winged butterfly hovering over the flower at whose leaf he was gnawing, the perfect idea of his own potential self. For it was the change of being born again.”

What if we knew what Wingfold did not? If we understood and yielded our will to the Maker’s and participated in our own making? What if we saw ourselves as the caterpillar and the butterfly as Jesus Himself? ”For God knew his people in advance, and he chose them to become like his Son, so that his Son would be the firstborn among many brothers and sisters.” (Romans 8:29 NLT).

Paul understood the mystery of Christ, “. . .to whom God willed to make known what is the riches of the glory of this mystery among the Gentiles, which is Christ in you, the hope of glory.” (Colossians 1:27 NASB) The mystery, the beauty of Jesus Christ is the Life in us! It is who we are and what we will become. Our true selves are unique and special, filled with the very glory of God. Transformation is a process of our change from takers to givers by the tutorage and power of the Spirit.

Transformation A Change In Form

Fish do not become birds, or dogs, cats; it is puppies that become dogs and kittens, cats. These are changes of form in stages, not changes of being. Perhaps the most dramatic transformation is that of the caterpillar to the butterfly. Science (National Geographic article) has now shown us through CT Scans that within the caterpillar, from its birth, are the buds of its wings, eyes, legs, and body. As drastic as this transformation is, it is still only a change of form, not a change of being. The caterpillar destined to be a butterfly!

As free beings, God will not make us change. It is through our participation that the transformation takes place. Our destiny is to become like His Son, Jesus Christ! But without us being “partakers in the divine nature” (2 Peter 1:4 KJV), this would be an absurd and impossible proposition! It would, in fact, defy all else in creation as a change in being rather than a change of form. Have you seen anything change its kind lately, any fish become birds?

I must confess, I have felt very alone for many years with my questions. Of late I am beginning to meet many that are tired of whispering about these issues. They have been waiting on someone to muster the courage to entertain them. Maybe you are among the searchers that feel you’ve lost your mind or even your faith. You’ve feared if you say what you really think you will be ostracized by your tribe. If so, you are reading the manifesto of someone that can empathize with you in your search… 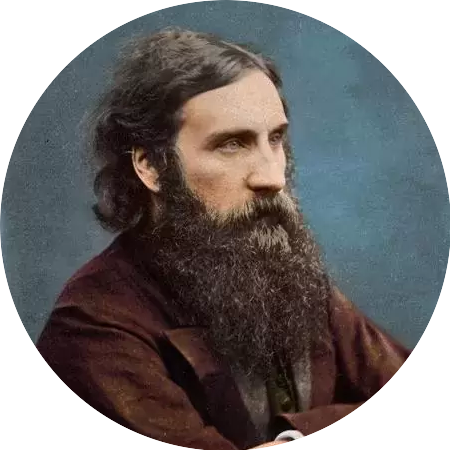 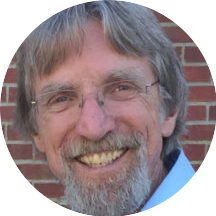 Truth can be read about and discussed but to own revelation requires some form of experience. “God loves you,” is simply a statement of fact. But the statement doesn’t hold any power until His love is engaged.

Intimacy within marriage, the connection between intimacy and mutuality, the nature of trust, the definition of sex, addressing transactional vs relational thinking, dismantling obligation, addressing objectification and broken ideologies developed from Eph 5:22, “Wives submit to your husbands…” Sheila Gregoire practically rethinks sex so husbands and wives can experience intimacy, joy, and deeper connection.

The Most Accepted Heresy on the Planet

The idea that God rejects, abandons, or turns away is the most accepted heresy on the planet.