Have you ever felt like you were standing on a precipice looking down and wondering to yourself…?

I remember one summer years ago when I and my wife were visiting my brother who was living on the big island of Hawaii. We had gone to Rainbow falls to see the spectacular sight of cascading water falling over a hundred feet to the pool below. My brother told me of a spot upstream from the waterfall where you could jump off of some rocks and into the river that eventually turned into Rainbow falls. I couldn’t wait to hike back to it.

As we walked around the final corner to the river, I was caught by how beautiful it all was. I knew Hawaii was amazing, but this place magnified the beauty, and it became almost unreal. We walked up to the rocks and jumped several times into the current below. It was only about a fifteen-foot jump and it was perfect for a little adrenaline rush. I was even able to talk my wife into jumping a few times.

Meanwhile, my brother and one of his buddies had swum across the river and climbed up another set of rocks that placed them about forty feet above the river below. I watched as they both jumped and suspended in mid-air for a few seconds. Then a big splash and a mad swim to get back to my side before the current carried them away. It was fun to watch but no way was I gonna jump forty feet! As I was thinking that thought, Shawn (my brother) came to me and said…

Of course, I said ‘no’, emphatically. In fact, I believe I said no in at least seven different ways.

He proceeded to tell me how great it was and that I would regret it if I didn’t at least climb up and look at it. I finally agreed to go over and climb up just to see if I could even look down. As I was climbing the sheer face of the rock that led up to the jump spot, I began to realize with every handhold and every toe hold this was not going to be possible to climb back down. What had my brother just tricked me into?

When I reached the top, I was met by the stone-cold realization, I was correct. There was only one way down… and that was to jump! I yelled at my brother to no avail, nothing I could say and nothing he could do would change the situation. I had but one choice. As I watched his buddy “Smiley” and then my brother jump to the water below it seemed like it took forever for them to hit the surface. It was my turn now.

You know as I think back on that day, I realize most of our lives are like that moment standing on top of that cliff. The moment when we have to decide to jump or just sit down and stay in that place forever. The second choice doesn’t seem feasible and yet many of us choose to do exactly that, without ever considering maybe we were meant to jump. I remember watching a movie once where the character played by Matt Damon tells his son this line…

Some people thought this was the worst movie Matt had ever done but I thought it was genius. A man whose life is turned upside down because his wife dies decides to buy a broken-down old zoo to run with his teenage son and eight-year-old daughter. What a great idea!

You and I have just walked through a very weird time in our life where we let a virus and an organization tell us we could not have relationships with people outside of our house. We certainly could not shake a friend’s hand and heaven forbid we uncover our face in public. If we were reading this in a Syfy novel we would call the author unrealistic. That could never happen in real life, and yet here we are. People are now emerging from their homes. Fear is beginning to dissipate, and hope is becoming the word of the day.

So, what did we learn? Maybe you lost your job, or worse, you lost someone you love. Maybe you don’t see life going back to “normal.” I guess I’m writing this to assure you, maybe “normal” isn’t what you need. Maybe what you need is twenty seconds of insane courage to begin living a better life. I know life was probably good before the shutdown, but what if it could be better? What if this moment of standing on top of a cliff is here so that we learn what it feels like to fly? Maybe you won’t get it all on your first attempt. Maybe you will need to be courageous three, four, or even ten times. I promise you, if you take the leap, you will feel alive again.

Me? oh I jumped. I jumped and according to my wife, I did the running man all the way to the water. I ran in midair as if it would slow my descent. It did not! It was one of the single most scary, and yet great, things I did in my life. In fact, I was so excited when I finally made the choice to jump, I almost forgot to swim to the other side and get out of the current. (I really didn’t want to feel the exhilaration of falling over a hundred- and twenty-foot waterfall)

Twenty seconds of insane courage… I have recalled that line many times over the years and it has helped me make some choices I thought were too big for me. Sometimes it was a success and sometimes it wasn’t but I’m glad I tried. What’s the alternative, it on top of a rock and feel sorry for myself? I don’t think so. I also don’t think I’ll let anyone tell me who I can and cannot hug anymore either. We all need human interaction to be truly happy, and I like hugs! 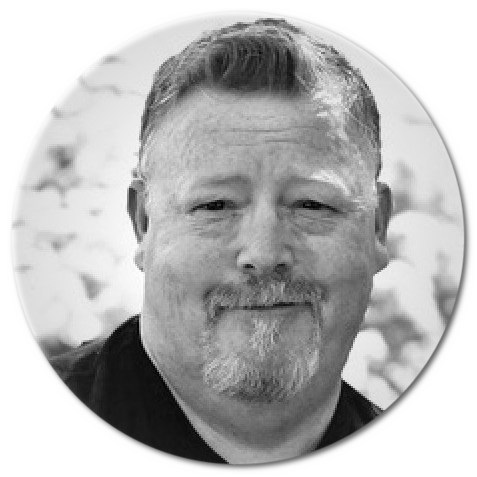 Geoerl W. Niles and his wife Julianne are Sr. Leaders of The Calling Church in Vancouver Wa. As an author, artist, pastor, and entrepreneur life can be busy. Julianne and Geoerl also lead a relationship-oriented fellowship at Ascend International Ministries.

I would like to suggest that the question of identity is not only the theme of Jesus’ story but it’s ours as well.  The good news is, Jesus was sure in His identity and because of this, we can also become sure in ours…

I Need a Waterfall

The outrage that changes and saves this world is the outrage of love. And so I lean into His love, a relational grace; the empowering evidence of my friendship with Jesus.

An Exercise in Union

A Prayer For Our Economy

Last night I had the honor of worshipping and praying for Charlotte and our Nation with radical revivalists.

5Q – THE FIVEFOLD WITH BRANDON KELLY

Derek and Jason dive into the fivefold (APEST) typology of ministry as articulated in Ephesians 4:1-1 with Brandon Kelly, the co-director at 5Qcollective. APEST stands for the Apostolic, Prophetic, Evangelistic, Shepherding, and Teaching intelligence that Jesus gifted to his body.

The guys discussed the fivefold in connection with the nature of God as non-hierarchal and inclusive, laced throughout creation and culture, reconstituted and perfectly exemplified in the life and ministry of Jesus, embedded into the very foundations of the Church, and subsequently expressed through the lives of the countless saints that make it up.

The End of Empty

Need is the final singular truth by which our world operates. While need is the very substance of our existence, it has no place in God’s reality.