Better Than Our Best Understanding

Two Thousand years ago Jesus was a living expression of perfect theology. His life, death, and resurrection revealed exactly what God is like.

Jesus seemed to do stuff God wouldn’t do. He also often seemed to contradict scripture. He was counter-cultural, challenged cruel ideology, and confronted punishing theology. He was simply better than our best understanding, and often offensively so.

He healed people on the Sabbath, something many were convinced God wouldn’t do. “Stretch out your hand,” Jesus said, and the man with a shriveled hand “stretched it out, and his hand was completely restored.” And many of those who believed they knew best what God was like, were murderously offended. They “went out and began to plot with the Herodians how they might kill Jesus.”(See Mark 3:1-6)

Jesus seemed to value children more than His disciples thought God would. “Let the little children come to me…” He said, confronting His disciples who were in the midst of rebuking parents. “Do not hinder them, for the kingdom of heaven belongs to such as these.” (See Matt 19:14)

Jesus’ kindness and mercy toward women, especially those most oppressed, was offensively better than what the Pharisees thought about God’s kindness and mercy. “If Jesus were a prophet, he would know that the woman touching him is a sinner!” they thought with their hierarchy of disdain. (Luke 7:39)

Jesus even valued gentile women in a way God surely wouldn’t, “tell her to go away… she is bothering us” the disciples said. But Jesus ignored his disciple’s offense, engaged with the woman’s faith, and released eternal life. He was offensively better than how His followers thought God should be. (See Matt 15:21-28)

And remember when Jesus didn’t call down fire on that village? Remember when He didn’t savagely rain down holy hell on men, women, and children even though His disciples not only believed it was something God would do, they wanted God to do it. They even had biblical precedence to support their malicious offense when Jesus confronted them saying, “you know not what kind of spirit you are of.” (See Luke 9:55)

And Jesus didn’t cruelly punish that woman caught in adultery even though those who had dragged her naked before Him were certain that’s what God would do. They were so convinced that they had already picked up rocks as willing accomplices. They too pointed to scripture to justify the us or them, for or against, punishing spirit they participated in. And yet Jesus said, “where are your accusers” and there were none, not even God. (See John 8:10)

Even on the cross, torn flesh, bones out of joint, a death rattle in His lungs, Jesus just kept offending us with God’s goodness. “Father forgive them, they know not what they do,” He said, even though it sure as shit seemed like they knew what they were doing. (See Luke 23:34)

Jesus constantly did things that were better than how humanity believed God would do them. Even better than how the Bible seemed to describe what God was like. And all along the way, in every act of Greater Love, in every expression of kindness, in every interaction of forgiveness, mercy, and grace, Jesus offended people with how good He believed God was. Especially those who thought they knew God best.

Buy on Amazon
Buy on A Family Story

And nothing has changed.

Humanity has always had ‘god-boxes.’ We have often demanded God’s goodness fit within our capacity to comprehend. We measure His forgiveness through our insecurity, fear, and shame. We balance His grace with our often-cruel thoughts about Him and ourselves. We determine the measure of His mercy and kindness based on our finite thoughts about mercy and kindness. And we use the word justice to make God small.

This article is excerpted from my book, Leaving and Finding Jesus 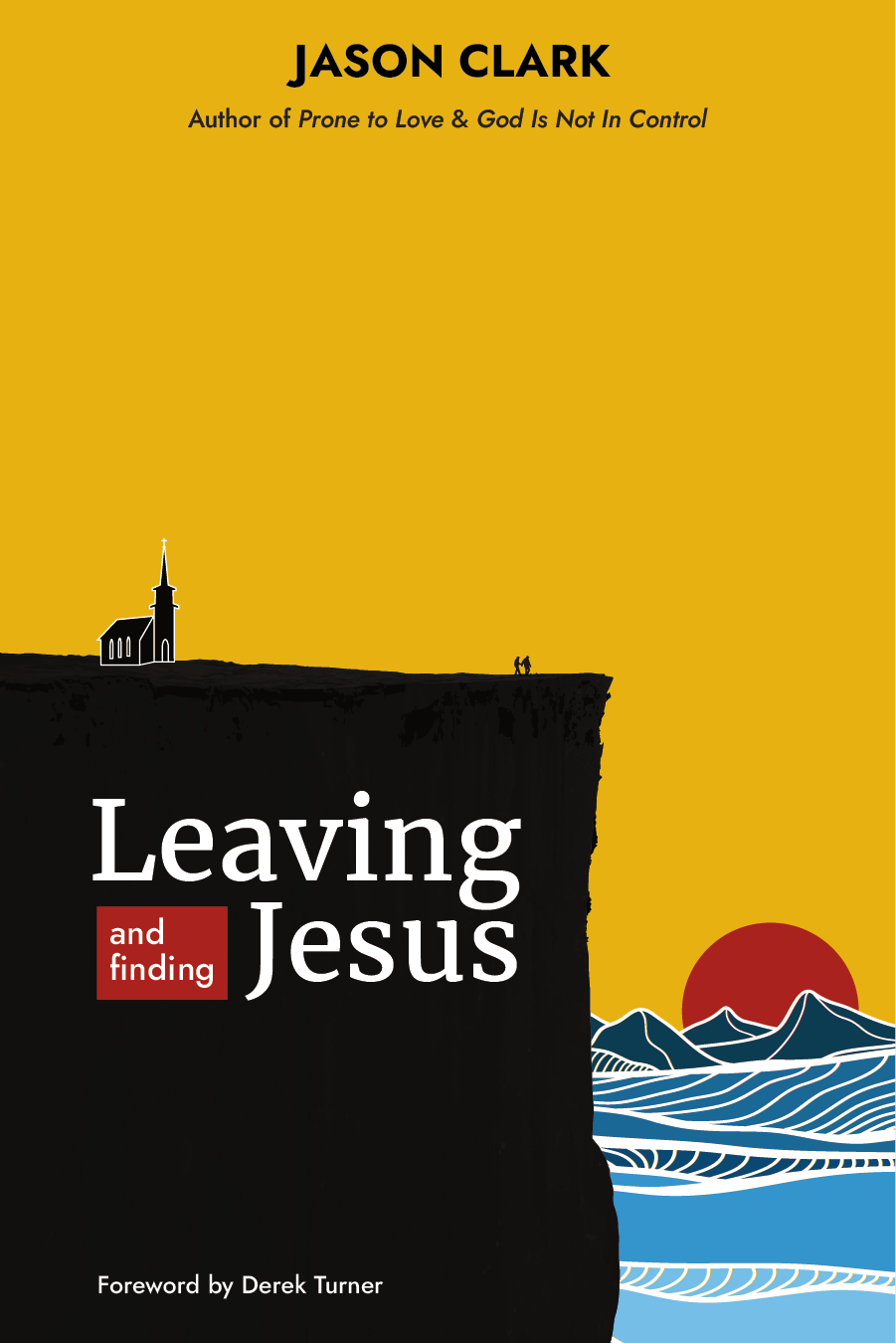 The Power of Assurance

I would like to suggest that Jesus spent those formative thirty years becoming sure in His Father’s love.

You and I as believers are no longer instruments of karma! Instead, you and I have become His Authorized Representatives to partner with Him in acts of LOVE, MERCY and GRACE in an orphaned and broken world.

Learning To Live From Above

So how am I to deal with the good versus evil paradigm of the world that I still live in? Do I call it out? Do I expose, judge, and accuse those with opposing views and opinions? How do I involve myself in the fray without becoming frayed?

I believe God is always saying one thing: “I love you.” And He always follows up with a question, “do you believe me?” What would our lives look like if we could answer this one question that God is always asking?